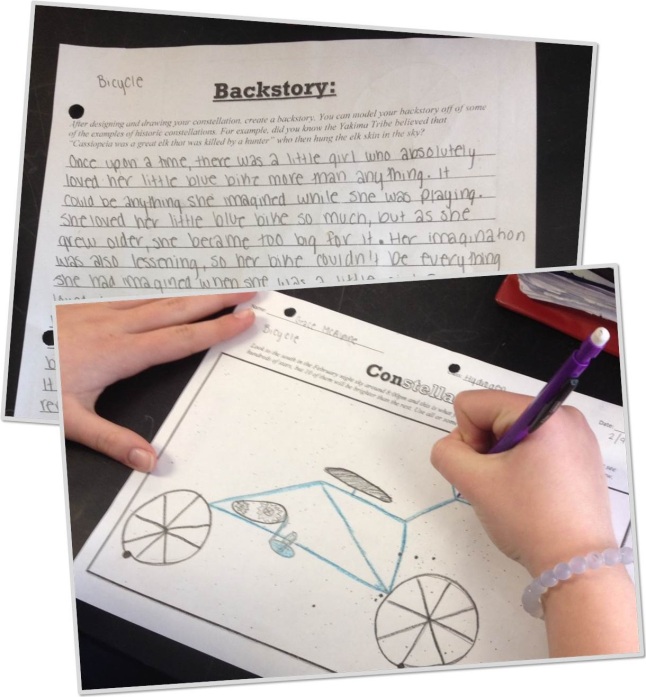 Today we got back on track by introducing the topic of constellations. For thousands of years, humans have observed patterns in the stars above and have come up with explanations for what they were seeing. For example, the Yakima Tribe believed that the “Cassiopeia” constellation was really the skin of an elk, killed by a hunter and then hung out to dry in the heavens above.

But constellations, as we now know, are not some mythical thing. They are simply distant suns, not all that different from our own sun. They are just so darn far away that they appear to be small and unmoving.

Today in class, students analyzed a photo of the February night sky and made up their own constellations, complete with an illustration and a backstory. For a great example, check out Grace McAlpine’s work in the photo above!

February 9 – Make Your Own Constellation (pg503)