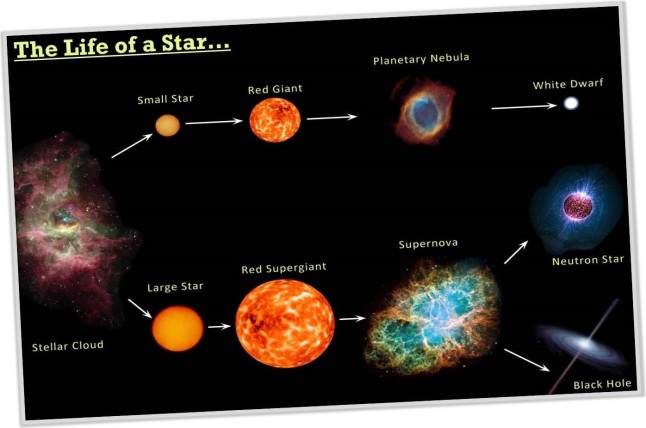 Today was an early-day, so we only had a 20-minute class period. We used it to introduce The Life of a Star. Just like us, stars have a story of life and death. They are formed from stellar clouds and are basically large clumps of matter (mostly hydrogen) that are pulled together because of gravity. When those clumps get large enough, the immense pressure and temperature create nuclear fusion. Hydrogen atoms combine to form helium, and in doing so they produce light. As stars go through their life cycle, small stars eventually become white dwarfs, medium-sized stars eventually become neutron stars, and the largest stars are thought to form black holes. But don’t worry, Sophie. Our sun is a small star, not nearly large enough to become a black hole!