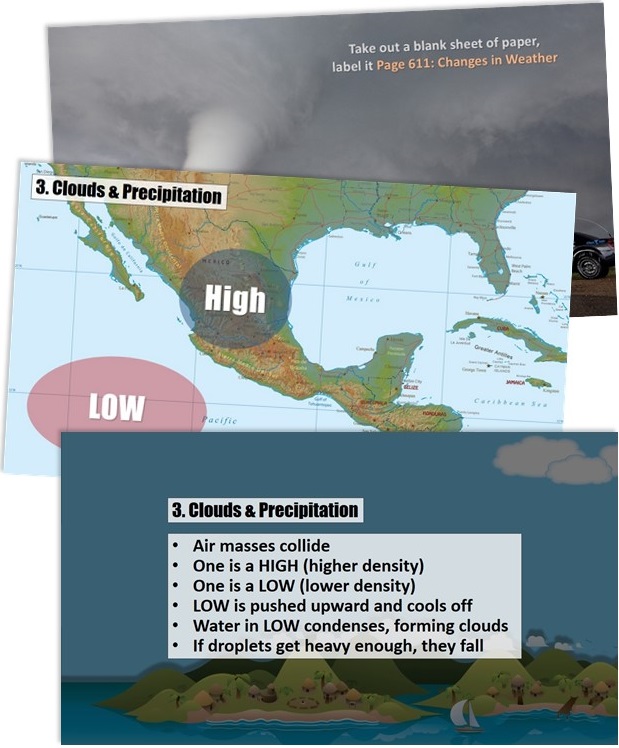 Summary:
Weather has three main components. The first is temperature, which is simply a measure of how fast atoms/molecules are moving. The second is wind, which is caused by the uneven heating of Earth’s surface, which creates convection currents. We have covered both of those components already in Unit 6. The last component was new today: clouds & precipitation. When two air masses collide, and one has a high density and the other has a low density, clouds & precipitation form. The low-density air mass is pushed skyward where it cools off rapidly. Then water in the air mass condenses; because of the drop in temperature the molecules slow down and cling together, forming droplets. If these droplets are small and light they stay in the air as clouds. If they get heavy enough they can fall as rain, sleet, or snow.