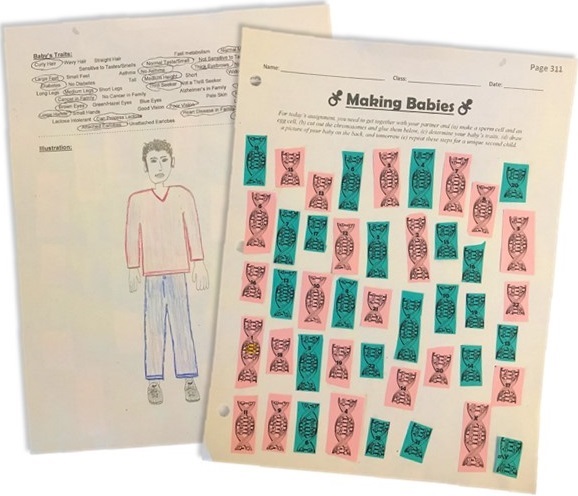 Summary:
Today was the second and final day of our “Making Babies” project. Students began by finishing their sperm and egg cells (any absent students were given filled-in copies, as posted below). Then they cut out all 46 chromosomes and glued them on Page 311. This including flipping a coin to determine whether the father would pass on an X or a Y. Then they determined the baby’s traits by looking at the genes located on each chromosome. They finished off by drawing a picture of their baby on the back. When finished, each pair of partners should have a total of two (hopefully) healthy babies.

*I squeezed this project into two days, but I partly regret doing so. It should have been a three-day project that moved at a slower pace. I think a teacher with 1-hour periods could do the project over two days, but any teacher with 45-minute periods (like me!) should probably take a full three days.