What would happen if you took a group of dragons and moved them to a new environment? What if the new environment was a small, cramped, barren island? Would the dragons evolve? Would the species become smaller? Would they eventually become more aggressive? All was answered in today’s activity. 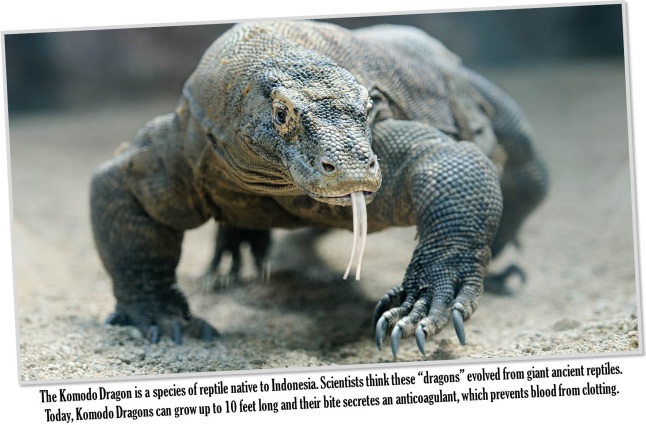 As it turns out, an environment with less food actually favors smaller animals. The larger animals would slowly die off, while the small ones would be more likely to reproduce. The color of the dragons could change as well. Over time, the bright dragons could be more likely to be hunted by humans, so the species could evolve camouflage. They would most likely become friendlier too, not to outsiders, but to each other. Species that have evolved to live in close quarters, like bees, are typically very cooperative. The dragons would also probably have to fly offshore to hunt; this would lead to the extinction of the wingless varieties of dragons. Lastly, the dragons might evolve to have regular tails. The spiked and clubbed tails take a lot of energy to carry around, and probably would not be worth it as the species grew smaller.

So there you have it. After a few million years, rather than an island full of dragons, you might find a species of small lizards. How very, very uncool 😦

This weekend’s HW assignment is to complete the Unit 6
Checkpoint Quiz. To access the quiz, please click here.