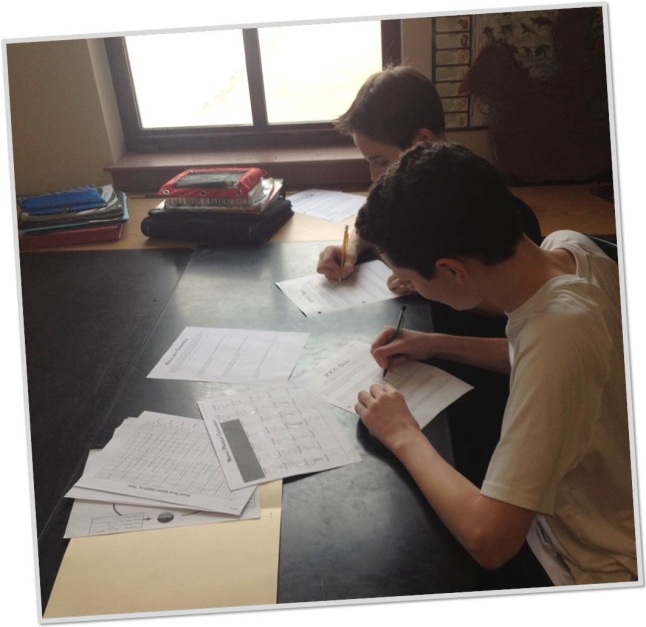 Today, students got to put their Book for Columbus into action. Working with their partner, they took a quiz that mimicked Columbus’s voyage to the New World. Along the way, students were asked questions like, “On February 9th, which phase of the moon would be visible to Columbus?” or “If a snowstorm hit their camp on February 29th, would Brant Rock be at risk of flooding?”

Students then gave answers like, “I have no idea! I’m only 13, why did you hire me as your ship’s navigator?” (Richie Perkett). Or, “No, February 29th is a quarter moon, so there would be neap tides. Therefore, flooding is unlikely” (Danny Sullivan).

After taking the quiz and having Mr. A correct it, students began work on their Unit 4 Study Guides, which are due Tuesday.