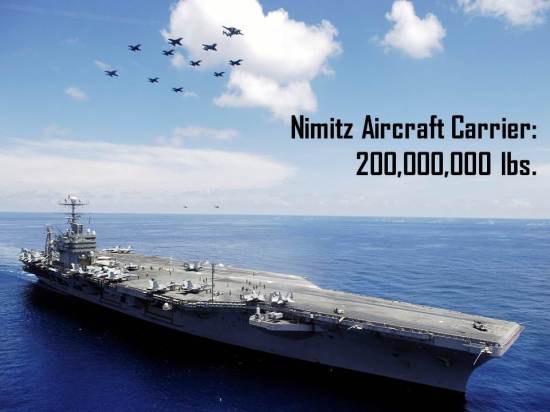 Submarines are a unique application of these rules. They can control their own flotation by filling their ballast tanks with either air or water. By filling them with water, they increase their mass, thereby increasing their density. By pumping the water out and filling the tanks with air, they lower their density. This principle has been well understood since 1776, when the first military submarine was built during the revolutionary war.

This week, we will begin our Unit 1 Capstone Project, which will be a boat-building competition. Students will work in teams of two and, using the same basic materials, attempt to build a boat that can hold as much weight as possible. The only materials they are allowed to use are a piece of paper, 30 cm of masking tape, a square sheet of tinfoil, four index cards, 12 Styrofoam peanuts, and 20 toothpicks. Last year’s winner held 32 heavy metal bolts (60 grams each). Let’s see if we can set a new record this year!