Throughout human history, our population hovered at anywhere from a few thousand to a few hundred million people. It took us 2+ million years to reach a population of two billion humans. Then, from 1927-2015, in the course of one human lifetime, we went from 2 billion people to 7 billion people! 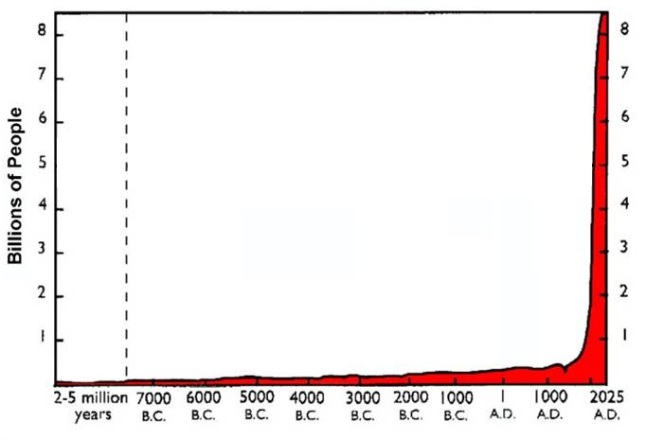 So how could a problem like this sneak up on us — as if it were possible for 7 billion people to sneak up on anything! — without us knowing? Of course, the industrial revolution and modern medicine played a huge role, but the answer also lies in mathematics.

Today in class, students took part in a population simulation that modeled exponential growth. They used dice to play the role of reproducing humans; if they rolled a 1, it meant that a person died; if they rolled a 5 or a 6 it meant that a person had a child. Just like in real life, the birth rate was double the death rate. In each generation they rolled one dice for each member of their population. Before long, a population that started with only five members was well into the hundreds. In fact, if this simulation were carried out further, a population of five would reach 7 billion after only eighteen or so generations. I guess we’re going to need some more dice…