Planet Earth gives us everything we need. Food. Water. Space to live. Comfortable temperatures. But on a limited planet, as human population goes up, the amount of resources available to each person goes down. Our world can only support a certain number of people; therefore, the human population will eventually need to stop growing. And when this occurs, what will the situation be for mankind? Specifically, can Bentham’s goal of “the greatest good for the greatest number” be realized?

The answer is “no.” The reason comes directly from scientific fact. To live, any organism must have a source of food. This food serves two purposes. The first is keeping you alive. To simply keep the heart pumping, humans require about 1600 Calories per day. For anything past that, they need extra food. Some people use these extra calories to go to work; others go to school. But these “extra calories” are also required for all forms of enjoyment, from swimming and automobile racing to playing music and writing poetry. So if our goal is to maximize the human population it is obvious what we must do: We must limit these “extra calories” so that there is more food available for others. No gourmet meals, no vacations, no sports, no music, no literature, no art… I think that everyone will grant that maximizing population does not achieve Bentham’s goal.

The ideal population is, then, less than the maximum. On that, we can all agree. The human population must be kept under certain limits. And yet, there are 7,000,000,000 humans on Earth. By 2050, there are expected to be over 9,600,000,000 of us. So how is it that we can all agree on what needs to be done, and do almost nothing about it? How can we fail so miserably at protecting our planet, our one source of food, our one and only home?

The Tragedy of the Commons develops in this way. Picture a pasture that is shared by an entire village. Each day, the village farmers bring their cattle to the common area, so that their cows may eat. Some farmers are only able to afford one cow; others might bring five. Either way, in a large pasture, there is plenty of grass to go around. Such an arrangement could work well for hundreds of years because the number of cows will be kept relatively low.

But, as a rational human being, each farmer will seek to maximize his gain and to feed as many cows as possible. He will ask himself “What are the consequences of me of adding one more cow to my herd?” And of course, there is one positive result and one negative result. 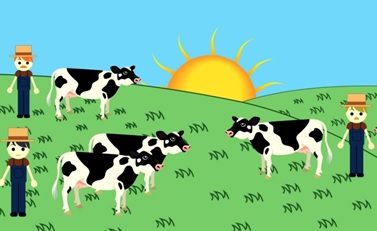 Unfortunately this is the same conclusion reached by each and every farmer sharing the commons. And therein lies tragedy. Each man is locked into a system that encourages him to increase his herd without limit — in a world that is most certainly limited.

The logic of the commons has been understood for a long time, perhaps since the invention of private property. But it is understood only in special cases. Even today, cattle farmers in the western ranges demonstrate only a limited understanding; they constantly pressure the government to increase the head count (the amount of cattle they are allowed to own) to the point where overgrazing has ruined many fields and pastures. In a similar way, the oceans of the world continue to suffer from the Tragedy of the Commons. Maritime nations still argue for “the freedom of the seas.” Professing to believe in the “unlimited resources of the oceans,” they bring species after species of fish and whales closer to extinction.

Pollution:
In a reverse way, The Tragedy of the Commons reappears in problems of pollution. Here it is not a question of taking something out of the commons, but of putting something in – sewage or chemicals into water, and poisonous fumes into the air. But the calculations are much the same as before. The rational man finds that it is cheaper to release his pollution into the ocean than it is to clean it up. So the oceans continue to get dirtier and dirtier each year. And since this is true for everyone, we are locked into this system of “fouling our own nest,” so long as we behave only as independent, short-term thinkers.

In the case of cattle overgrazing, The Tragedy of the Commons can be avoided through private property. You use fences to divide the grasslands into sections so that each farmer is affected by his own actions only. But how does one fence off the oceans? And how can we divide up the air?  In such cases, the Tragedy of the Commons must be prevented by different means. 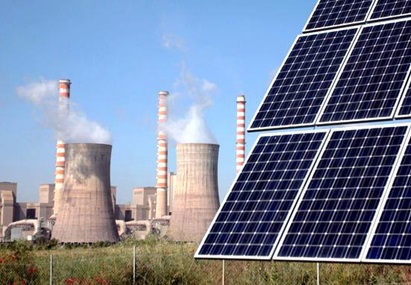 But remember, the pollution problem is a direct consequence of population. It didn’t really matter how a lonely cave man disposed of his waste. “Flowing water purifies itself every 10 miles,” my grandfather used to say, and the myth was essentially true when he was a boy, because there were not so many people. But as cities became more crowded, the natural purification systems of the rivers became overloaded. Today, not one of the major rivers of New York City is safe for fishing or swimming.

The Tragedy of the Commons is involved in our overpopulation problem as well. In a more primitive world, how many children a family had would not be a matter of public concern. Parents who had too many children would leave fewer descendants, not more, because they would be unable to take care of all their children. David Lack and others have observed such effects with the reproduction of birds. But men are not birds. When men overbreed, we look to our neighbors, or to the government for help. Our good nature keeps our population growing.

Mutual Coercion Mutually Agreed Upon:
In order for people to solve such global problems, they must have coercion, or pressure, of some sort. Consider bank-robbing. The man who takes money from a bank acts as if the bank were a commons. But how do we prevent such action? Certainly not by trying to appeal to the robber’s sense of responsibility. Instead, we make laws.

The morality of bank-robbing is easy to understand because we can all see the negative effects of such an action. We are willing to say “Thou shalt not rob banks,” without exception. But such restraint can also be created by other means, through something like taxes. To keep downtown shoppers restrained in their use of parking spaces we introduced parking meters for short periods, and traffic fines for longer ones.

To say that we mutually agree to coercion is not to say that we are required to enjoy it, or even to pretend we enjoy it. Who enjoys taxes? We all grumble about them. But we accept taxes because we recognize all the good that they do too. Taxes pay for our roads, for our schools, for our police, and our firemen. In a way, we pay these taxes to escape the Tragedy of the Commons.

Recognition of Necessity:
Perhaps the simplest summary of man’s problems is this: our commons (whether they be grasslands, rivers, the air, or the ocean) can be shared only under conditions of low-population. And as the human population has increased, these commons have had to be abandoned in one case after another.

First we abandoned the commons in food gathering, enclosing farm land and restricting hunting and fishing areas. Later we saw that the commons as a place for waste disposal would also have to be abandoned. Limits on the disposal of sewage are widely accepted in the Western world; we are still struggling today to close the commons to pollution by automobiles, factories, pesticide sprayers, and nuclear power plants.

Every new restriction of the commons involves the sacrifice of someone’s personal liberty. Sacrifices made in the distant past are accepted because we are used to them; no one complains about not being able to rob a bank. It is the newly-proposed laws that we vigorously oppose. Cries of “violated rights” and “freedom” fill the air. But what does “freedom” mean? When men mutually agreed to pass laws against bank robbing, we became more free, not less so. 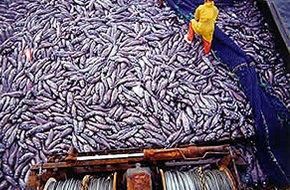 And yet we hesitate to limit the amount of cattle that farmers are allowed to own. We hesitate to prevent the clearing of Earth’s forests. We hesitate to police the fishing of the oceans. And the lesson we must now recognize, is the necessity of abandoning the commons in breeding. No technical solution can rescue us from the misery of overpopulation. Freedom to breed will bring ruin to all. It is painful to admit. Saying this, one feels as uncomfortable as a resident of Salem, Massachusetts, who denied the existence of witches in the 17th century. But in both cases, it is the truth.

The only way we can preserve and nurture other, more precious freedoms is by giving up the freedom to overbreed, and that very soon. “Freedom is the recognition of necessity,” Hegel said — and it is the role of science and of education to reveal the necessity of abandoning these freedoms. And it will be the role of teamwork, people working together, to make it so. Only then can we put an end to The Tragedy of the Commons.